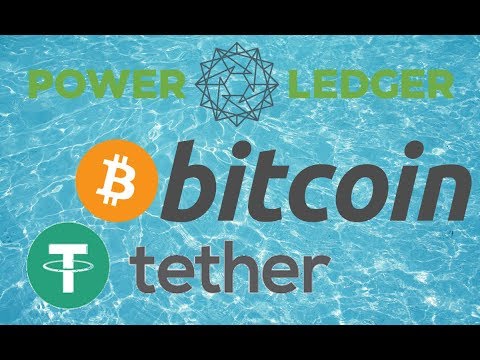 Previous reviews: Jan, Feb Crypto moves way too fast for me to keep up, so I aggregate each day's biggest headline and publish the list at the end of the month. Below is my list for March. My main news source was reddit. My main holdings are ETH and NANO, but I try to make these lists as unbiased as possible. As requested by you guys, I have included source links to each of these headlines. I also took a screenshot of the market cap movement throughout the month that you can see here. To speak to March in particular - even though we are in a bear market right now, and the first half of the month had pretty negative headlines, hopefully the many promising headlines in the 2nd half of the list will help assure you that distributed ledger technology is only becoming more adopted and embedded in society with each passing day. 3/1 - Oyster Pearl completes a coin burn of 10% of its total supply. This comes one day after they released their testnet. 3/2 - TechCrunch founder Michael Arrington is subpoenaed by the Securites and Exchange Commision over his $100 million cryptocurrency fund. 3/3 - A class-action lawsuit is filed against Coinbase alleging insider trading prior to Bitcoin Cash trading going live on their exchange. 3/4 - An anonymous person publishes a pastebin document detailing a FUD campaign by CoinDesk backers Digital Currency Group against IOTA. 3/5 - Coinbase hires former LinkedIn exec Emilie Choi to serve as VP of corporate & business development, with an emphasis on “world-class acquisition and partnership opportunities”. 3/6 - WaltonChain subsidiary ZhongChuan IoT and Alibaba Cloud sign a strategic partnership to research Smart City solutions and blockchain application schemes. 3/7 - A rogue actor who had been phishing Binance accounts uses the victims’ funds to pump the price of Viacoin. Withdrawals on Binance were automatically frozen, and the hacker’s transactions were later rolled back. 3/8 - Sierra Leone, in conjunction with blockchain voting startup Agora, records the world’s first ever presidential election on a blockchain. (NOTE: This claim has now been rejected by the Sierra Leone government.) 3/9 - Security researchers at the University of Toronto catch the Egyptian government remotely hijacking citizens’ computers to covertly mine Monero. 3/10 - Reports reveal that Google has been quietly purging cryptocurrency ads, mainly those for ICOs, under pressure from the FBI. The FBI also convinced Facebook to do the same thing in February. 3/11 - Binance posts a $250,000 bounty for information that leads to the arrest of the perpetrators of the March 7th hack. 3/12 - John Oliver explains Bitcoin and blockchain to a global audience and pens his #CraefulGang movement while condemning projects such as EOS and Bitconnect on his CNN show Last Week Tonight. 3/13 - VeChain announces a partnership with Chinese supply chain risk management company LogSafer. 3/14 - In the wake of John Oliver’s cryptocurrency segment in which EOS spokesperson Brock Pierce’s questionable past was outlined, EOS decides to cut ties with him, scrubbing their site and YouTube channel of any reference to him. 3/15 - Bitcoin core devs release a beta version of the Lightning network to the mainnet. 3/16 - The 2018 Joint Economic Committee Report dedicates an entire section to the rise of cryptocurrencies and blockchain technology. 3/17 - Bitmain announces a new mining machine, the antminer 3x, that is primarily designed to mine Monero. The Monero community claims that they will render the miner useless with an upcoming fork. 3/18 - At the G20 summit, the Financial Security board opines that crypto-assets do not pose a risk to global financial stability, and that further regulations at this time would not be necessary. 3/19 - Businessman and Shark Tank investor Kevin O’Leary announces his plan to work with the SEC to issue a cryptocurrency that will act as stock for a $400 million dollar hotel company. He also states that asset-based coins will eventually replace small-cap stocks. 3/20 - Nano releases their developer road map, revealing that they have a point of sale payment system in alpha stages of testing. 3/21 - A DDoS attack against the Bitcoin Lightning Network brings 20% of its nodes down. 3/22 - Yahoo Japan announces that it is acquiring Japanese exchange BitARG and will launch its own exchange in 2019. 3/23 - After uncertain talks with Hong Kong regulators, Binance announces that it is moving to Malta. It also reveals plans to allow users to buy crypto with fiat directly. 3/24 - Santander announces plans to launch an international money transfer app that will run on Ripple. 3/25 - The Coinbase logo is spotted in the new intro to HBO show Silicon Valley. 3/26 - Coinbase announces incoming support for ERC20 tokens without specifying which tokens it will list. 3/27 - Stephen Colbert announces on his show that Ripple has donated $26 million in XRP to DonorsChoose.org . 3/28 - Decentralized payment network OmiseGo and Ethereum cofounder Vitalik Buterin donate $1 million via GiveDirectly to support Ugandan refugees. 3/29 - Cryptocurrency exchange and Tether backer Bitfinex announces imminent fiat markets for BTC, ETH, NEO, IOTA, and EOS. They will fully support British Pounds and Japanese Yen, and offer partial support for the Euro. 3/30 - P2P payment platform Request Network goes live on the Ethereum mainnet. 3/31 - WaltonChain announces the launch of its mainnet, featuring a wallet with “1-click” mining.

Binance said hackers were able to withdraw 7,000 Bitcoin (£30.9m) in one transaction after using 'a variety of techniques, including phishing, viruses and other attacks' 69 upvotes, 31 comments. Posted in the btc community. CA get on the FBI most wanted list for numerous frauds CZ: Cool guy! CSW Get caught and has to flee australia due to frauds CZ: Cool guy too! CSW plagiarise papers, produce numerous false documents CZ: It really doesn't matter. CSW: We will double spend exchanges. CZ: This is fine. CSW: We will reorg the chain. Global Bitcoin & Cryptocurrency Wallets Market Research Report is an in-depth and a professional document 2019: A newly revealed market research study titled Global Bitcoin & Cryptocurrency Wallets Market by MRInsights.biz , studies market insights, list of significant key professionals, threats of new competitors and alternate products. — Binance (@binance) August 10, 2019. How Dusting Attacks Work . In order to understand how a dusting attack works, it is first important to understand how Bitcoin and Litecoin transactions work. Bitcoin transactions consist of inputs and outputs. The coins sitting in a wallet, which are called the inputs, are gathered together to send a transaction. There are typically a couple of outputs ... The FBI have arrested one of the conspirators in a planned ransomware attack against electric car maker Tesla. A young Russian citizen and his co-conspirators came within an inch of carrying out a major ransomware attack against Tesla — unaware that their target had already turned them in. Last week, the United States Federal Bureau Investigation (FBI) unsealed a criminal complaint against a ... Binance.US looks to be far more limited than regular Binance, with only Bitcoin, Ethereum, Ripple, Bitcoin Cash, Litecoin, and Tether trading available to start. Further, Binance.US will require identification information to sign up in order to comply with regulations. The Binance wallet has been in use as recently as this month, although the latest transaction, occurring on Aug 22, just a day before the Forbes article was published, emptied the wallet completely. The remaining $4.7 million of Bitcoin being traced by the researchers is currently still being held in a number of off-exchange addresses.

Today we chat bitcoin, USD Tether, Segwit, Dreams, Lisk, Powerledger, and more Get a great range of the hottest coins on Binance! https://www.binance.com/register.html... the staking revolution is here , if you hold vechain , why not hold it on binance and get passive income on your vet holding ?? this is super bulllish to vet for the long run. VetToTheMoon Thanks ... This video is unavailable. Watch Queue Queue. Watch Queue Queue Queue Bienvenue sur la chaîne de Cryptoast, nous allons vous guider dans vos premiers pas à la découverte du Bitcoin et des crypto-monnaies. Cette vidéo vous aidera à comprendre comment faire pour ... Binance is down, Litecoin is going for payments, PowerLedger signs awesome partnerships, Ethos is teasing us with their wallet, Ethereum classic on Daedalus, and Ripple gaining use. Vote for the ... We have a massive amount of market manipulation via Coin Market Cap, even having coins killed off. We have Edward Snowdens comments on crypto & BTC, and we learn Binance is in even more trouble ... The latest news from the hottest cryptos - IOTA, Walton, Decent, SONM, and Binance. Mine Bitcoin on Hashflare https://hashflare.io/r/4B0EA9A Community Coin V... WanChain (WAN) Gets Listed on Binance! [WanCoin]-- What do you guys think about WAN and the ICO? What do you guys think about cryptocurrency right now? My Si... Today we chat bitcoin, ICOs and answer your questions Get a great range of the hottest coins on Binance! https://www.binance.com/register.html... Create your official Tron Wallet - https://tronlab.com/en.html Buy Tron on Binance (Best Exchange) - https://www.binance.com/?ref=15006183 Buy Bitcoin - http...